Why Switch to a Holistic Biological Dentist

Over the past few years, I have been slowly making the switch to all holistic health care providers. Everything from integrated gynecologist to primary care, and now- I am making the switch to a Holistic Biological Dentist.
It took me a while to make the switch, mainly because my insurance covered the one I was seeing so nicely;) But I knew I had to change after my last appointment. After studying a Holistic Biological Dentist, I began noticing things my dentist was doing during my regular cleaning that I did not agree with.

Traditional dentistry fixes what’s broken without regard to what caused your dental issue in the first place. The view of holistic dentists is that the human mouth is not separate from the body. It is an integral component, part of the “whole” and therefore should not be treated separately but rather with the goal of total body health.

A biological dentist takes into account a person’s entire state of physical and emotional health and finds the root cause of the problem. They also recognize that the health of the mouth also dramatically impacts the health of the entire body and uses special cutting edge techniques to get both working to their optimal function.

Traditional dentists are in favor of using fluoride in both a topical and ingested form. They argue in favor of fluoridating water supplies and recommend fluoride drops for infants.

To not make this blog a rant against fluoride- here are some great articles to get you thinking:

A Holistic Biological Dentist typically argue against any form of ingested fluoride, arguing that research has linked ingested fluoride to cancer, disruption of hormonal systems, and various bone problems. They opt to use herbal substances that are biocompatible with your unique mouth instead.

This is another concept that could be another blog post in itself, but I will try to keep it snappy.

Although most dentists are becoming aware of the extreme toxicity of mercury, many traditional dentists promote the longevity of mercury amalgam fillings and the fact that insurance will typically cover the cost of placement. They are also typically easier for the dentist to place than composite fillings.
A Holistic Biological Dentist knows that mercury is a toxin and even small amounts are too great a risk to the body and your overall health.

If you decide to have your amalgam fillings removed, you need to find a dentist who takes extreme measures to do this safely, protecting your body and blood stream.

For more on amalgam fillings:

Most traditional dentists will recommend root canal therapy as a means to save a tooth that has suffered severe decay and has already or will soon die completely.

Holistic dentists tend to do everything they can to avoid root canals because of the research that shows that root canal therapy cannot be effective unless the canal is 100% sterilized and cleaned of bacteria, and the repeated studies have shown that it is nearly impossible to completely sterilize the canal. They also argue that the chemicals used for sterilization are toxic (formaldehyde, which is often used) and that the bacteria left in the canal can lead to adverse health effects down the road, including breast cancer, heart disease, and more.

This was one of the turning points for me switching. My dentist told me that I would need to replace all of my fillings because they were cracking. I asked him 1) why were they cracking and 2) what material were they going to replace them with? He told me that “it just happens sometimes” and that he could not tell me what the fillings he was going to put in my mouth were made out of.

Most traditional dentists don’t believe in biocompatibility testing and will not test you to see if the materials they use will cause a reaction when placed in your body. Most dentists do not explain the differences between different composite filling materials nor do they give you a choice on which materials will be used for your cavity. I wanted a choice.
A Holistic Biological Dentist believes that what goes into your mouth can affect your entire body and many have equipment to test for biocompatibility of the materials they use. Most holistic dentists use a variety of different composite filling materials.

What I am most excited about is the new techniques my biological dentist will use to detect, clean, and repair my teeth and gums.

While you might think that the traditional “drill” is the only tool a dentist uses to remove decay and restore teeth, the advanced technology of a laser has the advantage of being more accurate, and minimally invasive. Lasers use air, water and energy to accomplish routine dental procedures quickly, comfortably and efficiently. It is safe for all ages and because the water is the “working component”, there is little if any discomfort.

Laser technology allows dentists to detect decay before it is visible in the teeth. During a routine checkup, the dentist can “scan” the teeth for areas of early decay that are not visible. Having an early detection device allows them to start enamel regeneration if possible before a cavity actually appears or if the tooth must be repaired, the restoration will be significantly smaller.

Just like we need to have good bacteria in our gut, we also need it in our mouth! Traditional dental cleanings with fluoride and other chemicals kill the good bacteria and leave your mouth even more vulnerable to disease and decay because the good bacteria are what protect your mouth against these problems in the first place. So if you are using commercial toothpaste and mouthwash, you are doing your body more harm than good by throwing off the bacterial balance and ecosystem.

Professional dental cleanings used to be about just keeping the mouth “clean”. Now it’s all about “biocompatibility” or keeping the good oral microorganisms healthy and eliminating the pathogenic (disease causing) microorganisms. Because the mouth will never be sterile ( it’s full of germs!), the new paradigm is all about controlling the number and kinds of organisms to achieve a healthy balance. There are about 650 different species of oral bacteria, fungi and yeasts. Most are harmless, but about a dozen (pathogens) cause infection we know as cavities and gum (periodontal) disease. Current research clearly relates oral infections with systemic health. During certain stages of Periodontal disease, pathogens from the gums may access our bloodstream, traveling to the brain and other organs such as the heart. These microbes likely increase the risk of systemic diseases including: Cardiovascular diseases, stroke, oral cancer, diabetes, pre-term birth, rheumatoid arthritis, pneumonia, Alzheimer’s, ALS, MS… to name a few. The Surgeon General has named periodontal disease “the Silent Epidemic”. We utilize the Biological Microscopic Periodontal-scan to detect and visualize these pathogenic microorganisms (big screen TV), then determine the best ‘root of the problem’ treatment to eliminate them. The Microscopic scan can be used to monitor your progress as well. We utilize “natural” products as our safe and healthy solutions first and foremost, whenever possible. **Biological scanning is not only for those with diagnosed periodontal disease. Periodontal disease must go through ‘development’ stages before it can be detected. We can often determine “risks” of periodontal disease development.

Crowns! Now there’s a word that brings memories to most of us who have crowns would like to forget! For many years the choice was – get a crown or lose the tooth! Enter progress – “biomimetics”!

Teeth bend. Teeth flex. Teeth expand and contract. Teeth absorb stress and pressure – if they didn’t, they would fracture to pieces. Crowns do not bend, or flex, or expand and contract like a tooth – they are rigid. So what happens when you put a rigid crown on a “flexible” tooth? Decay, infection and/or abscess, pain, root canals, extraction, possible implant to replace the tooth – sound familiar? To be fair, a percentage of crowns are successful, but there is a better way to restore significantly damaged teeth and get a more predictably successful long term result. If you’ve had a crown, you know that the tooth is ground down to a fraction of its original size to allow room for a crown to be made to cover it. There’s the problem – most of the protective structure of the tooth (in many cases healthy structure) is removed! This is big trauma for the tooth and what is left is expected to support the crown and last for years – good luck!

Enter biomimetics – only the damaged portion of the tooth is removed (decay, fractures) and any remaining old fillings / restorations. Then, using non-metal, life-like materials, the tooth is “rebuilt” layer by layer just like the real tooth. So, it can bend, it can flex, it can expand and contract and it can absorb stress and pressure as it was naturally designed to do! The tooth is completely sealed from the inside out so nothing can get inside to cause more decay or infection.

Cancer and other diseases simply cannot survive or thrive in an oxygen-rich environment. A highly oxygenated body is immune to disease and destroys already existing disease.

The most notable benefit of medical ozone is the gas’s ability to kill bacteria, viruses, fungus, even parasit

es, within just a few seconds of application. This gas, however, is known to elicit a number of actions in the human body, including detoxification, antimicrobial, analgesic, and immunostimulating. Many holistic dentists include this modality in many of their treatments, and believe it presents the patient with the greatest degree of advantage in facilitating oral health. Some of those advantages include:

If you are looking to approach your oral health from a whole body perspective and get both working to their optimal function, I would search for a holistic/biological dentist in your area! 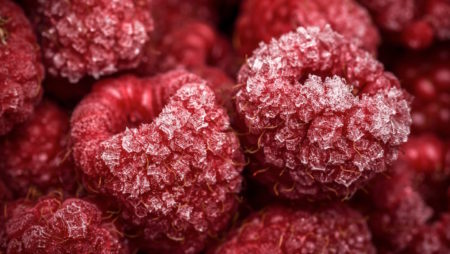